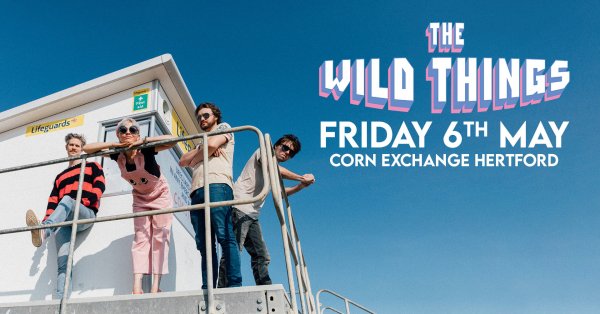 They’ve sold out venues such as the Lexington and Islington Academy, were Kerrang! & Classic Rock Magazine's 'Ones To Watch', were featured artists on BBC Introducing/Radio 1 and have been premiered in the music bible Clash Magazine. To date, their debut album "You're Really Something" has over 230,000 streams.

The band have just completed work on their second album, 'Afterglow', with Pete Townshend. Afterglow tells the extraordinary stories of the ordinary residents of Valentine during the mysterious 'Afterglow'. They were due to support The Who at their Caesars Palace, Las Vegas residency which has since been postponed to 2022. The Wild Things will once again support them, with select dates across the US to coincide.