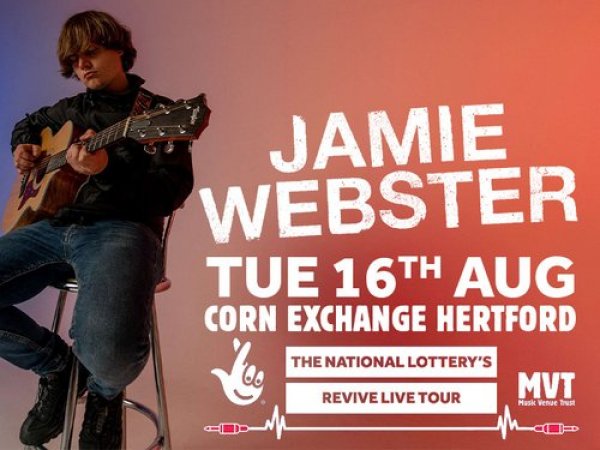 Music with rare meaning, ‘people’s poet’ Jamie Webster has built a movement around songcraft that distils struggle, finds hope and the tugs more……

Music with rare meaning, ‘people’s poet’ Jamie Webster has built a movement around songcraft that distils struggle, finds hope and the tugs at the ties that bind.

Music with rare meaning, ‘people’s poet’ Jamie Webster has built a movement around songcraft that distils struggle, finds hope and the tugs at the ties that bind. Creating pin-sharp pictures of people he sees around him striving and failing, through no fault of their own, to make better lives, Webster’s motivations and inspirations are unambiguous. Singing for the downtrodden, dispossessed and ill-advised with fists-aloft, smile-wide songs that invite, if not demand the release of communal celebration, Webster’s story has a cast of thousands. Rooted in Liverpool, yet finding the same faces with different accents singing every word back at him, from London to Glasgow, Manchester to Belfast, every moment of Webster’s success is shared. scoring a UK Official Albums Chart Top Ten and UK Official Folk Chart Number One with his debut album, We Get By, Webster is held up by the enthusiasm of people just like him: those who simply love music and see the cracks in people’s troubles that serve to let the light in. His 2021 album, Moments, was produced by Manic Street Preachers’ producer Dave Eringa at Rockfield Studios and elevates Webster to full-blooded, plugged-in, R’n’B and Laurel Canyon-inspired indie anthemist with everything to say.

Buy a ticket to this show and bring a friend for free!
We’ve all missed music and mates over the last year. Now is the time to #ComeTogether to #ReviveLive music.

The free ticket holder must just need to demonstrate you're a National Lottery player by showing either a physical ticket or one on the app at the door. This could be a weekly draw ticket or a scratch card and they must be over 18 to purchase and hold a National Lottery product. The original ticket holder must adhere to the age restrictions of the venue.