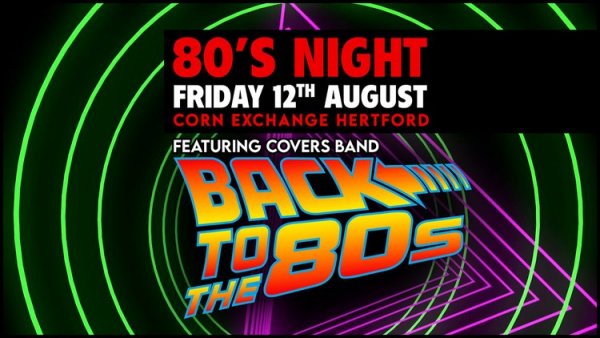 80’s NIGHT featuring BACK TO THE 80s, the Ultimate Party Covers Band

Come and re-live the decade when hairstyles were highly flammable, mobile phones were the size of bricks, and real men wore make-up! Expect to hear all the big classics such as Madonna, Prince, Frankie Goes To Hollywood, The Eurythmics, Bon Jovi, Queen, Spandau Ballet and of course Wham!

Back To The 80s will be playing all the favourites hits from the 1980s, covering songs by the likes of (Blondie, Duran Duran, Gary Numan, Hall & Oates, Kim Wilde, Human League, Depeche Mode, Simple Minds, The Bangles) and many, many more to keep you dancing all night!